October 09, 2014
Bull fighting in America is a dangerous and risky job that has been going on for years.  Its history is filled with brave people that have placed their lives on the line to protect cowboys who want to ride 2,000 lbs bulls.

A bullfighter is a person (female or male) that is in charge of protecting a bull rider while riding a 2000 lb bull. Even though the word fighting is included in the name, the bullfighter does not fight the bull like the matadors in other countries, but is dedicated to the protection of the rider.

The start of bullfighters in America, were rodeo clowns.  The host of the event would hire 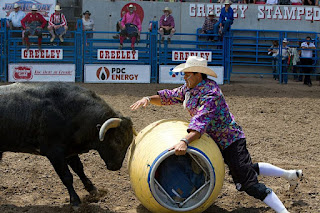 cowboys to come and entertain the crowd.  The rodeo clowns had many benefits, including giving distractions from the common mistakes in the event.

Then, around the 1920's, the rodeo clowns were expected to be entertainers and keep the cowboys safe, due to the meaner Brahma Bulls that were being introduced to rodeo.  A decade later the use of barrels, introduced by Jacob Fulkerson, for protection began to be used.

Later, when the bulls become even ranker, it was decided to split being a rodeo clown and a bullfighter job apart, though some people did decide to do both jobs.

We also got a few comments about being geared with “Quick wits”. 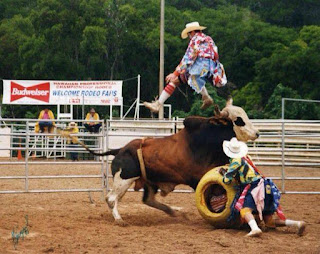 There have been some very great bullfighters throughout history.  We asked the some more bull fighters what some of the greatest bullfighters were in their opinion.  At first a biography was going to be made about each bull fighter, but as you will see, we got so many answers that it would have taken a very long time to do give each one a bio.  We got around 80 responses.  Thanks again.  The answers I got were (in no particular order)

Bullfighters, rodeo clowns, and barrel man can be found in arenas across the country risking their lives day in and day out to protect athletes.
Here are some links for you to find out more about the sport: 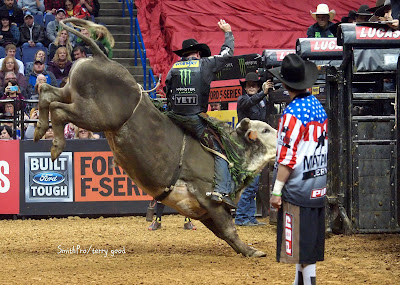 "Through this partnership, Monster, which has sponsored PBR riders …